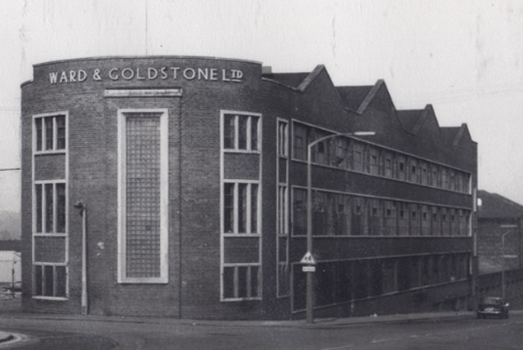 Founded in 1892 we are one of the world’s leading providers of power products, interconnect and cable assembly solutions and we employ around 6500 employees in 13 factories around the world.

We produce around 150 million power cords and over 45 million cable assemblies each year.

Our growth through acquisitions continued into the new millennium:

The early 1990s were a turning point for the company and would mark the start of the Volex group we know today. In 1992, the company’s centenary year, a number of major changes were made to bring about an important strategic repositioning of the group’s products and markets.

In July 1991 the company sold its Volex Accessories division due to a long-term downturn in the building industry. However, throughout the 1990s the group acquired a number of new businesses including:

In 1983 the company’s name was changed from Ward & Goldstone p.l.c. to Volex Group p.l.c., with a divisional structure that included Volex Accessories, Volex Pencon, Volex Wiring Systems and Volex Raydex.

The 1970s saw further growth, including an expansion into Ireland with an electrical conductors plant in Dublin, an electrical accessories plant in Carrick-on-Shannon and a plastics factory in Cork.

The 1960s represented innovation and modernity, and alongside the traditional range of cables and flexibles, the company started to produce wires for fluorescent lighting and coaxial television feeder cables.

By the mid-1950s the range of plastic goods being offered included belts, lampshades and handbags, although the majority of moulded material still went into the ever-popular range of electrical accessories. Indeed, it was to promote a new range of top-quality accessories that the “Volex” brand name made a comeback in the late 1950s.

Product ranges in all divisions continued to expand after 1945. The company was especially well placed to exploit the post-war plastics boom, having been involved in plastics and moulding technology since before the war.

In 1892, the Volex group began as a company called Ward & Goldstone, founded by Meyer Hart Goldstone and James Henry Ward. Its only capital was a £50 loan. From modest beginnings in a 300 square foot, two-storey building in Gorton, a suburb of Manchester, England, Mr Goldstone and Mr Ward laid the foundations of a business which grew continuously and progressed to incorporation as a limited company in 1919.

By 1920 Ward & Goldstone had developed its own range of products bearing the increasingly familiar “W&G” trademark, but other trademarks and tradenames were also used, including Volex, found on batteries and lamps as early as 1910.

During the Great War we were an established supplier to the UK’s Post Office, Government and Admiralty, and acted as electrical contractors to the Government and others. With what proved to be characteristic foresight, the company became involved in what were to be two of the leading 20th century technologies: the development of wireless communications and the growth of the motor vehicle as a truly popular form of transport.

Our association with the automotive industry began in 1911 when we started to supply wiring harnesses made from the growing range of “W&G” cables and wires to the brand-new Ford plant in Manchester. Today we carry this tradition forward with our involvement in the EV markets.

This website uses cookies to improve your experience while you navigate through the website. Out of these, the cookies that are categorized as necessary are stored on your browser as they are essential for the working of basic functionalities of the website. We also use third-party cookies that help us analyze and understand how you use this website. These cookies will be stored in your browser only with your consent. You also have the option to opt-out of these cookies. But opting out of some of these cookies may affect your browsing experience.
Necessary Always Enabled
Necessary cookies are absolutely essential for the website to function properly. These cookies ensure basic functionalities and security features of the website, anonymously.
Functional
Functional cookies help to perform certain functionalities like sharing the content of the website on social media platforms, collect feedbacks, and other third-party features.
Performance
Performance cookies are used to understand and analyze the key performance indexes of the website which helps in delivering a better user experience for the visitors.
Analytics
Analytical cookies are used to understand how visitors interact with the website. These cookies help provide information on metrics the number of visitors, bounce rate, traffic source, etc.
Advertisement
Advertisement cookies are used to provide visitors with relevant ads and marketing campaigns. These cookies track visitors across websites and collect information to provide customized ads.
Others
Other uncategorized cookies are those that are being analyzed and have not been classified into a category as yet.
SAVE & ACCEPT
Powered by